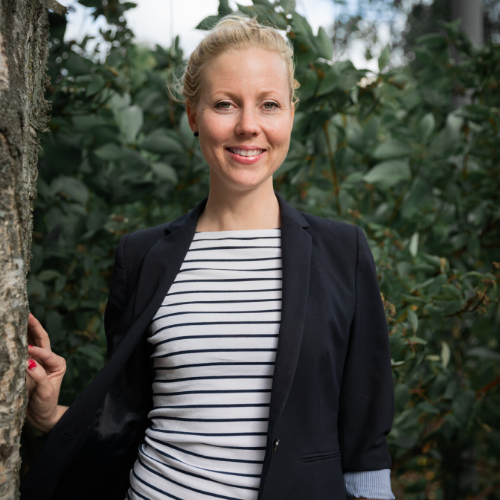 Jessikka Aro is an awarded investigative reporter with the Finnish Broadcasting Company. Aro specializes in Russia, extremism and information warfare. In 2014 she started to investigate the pro-Kremlin social media trolls’ techniques and influence on public debates outside Russia’s borders, and her reports are widely quoted and used in troll investigations internationally. Due to her investigations, se became the target of serious and still ongoing international propaganda and hate speech campaign. Aro published an investigative book about Kremlin’s information warfare in September 2019 and trains reporters and general public to recognize and counter online disinformation. Aro is also lobbying for better legislation to counter hybrid threats and protect citizens from state-sponsored online security threats. In 2019 the US State Department was about to honor her work with the International Women of Courage award, but the rescinded – reportedly due to her Trump critical tweets.

Russian Trolls as a Security Threat – and How to Counter Them

Jessikka Aro describes her findings about the Russian international information warfare and the smear campaigns that followed. She also presents examples on how to fight back as a journalist or regular active citizen.

All Sessions by Jessikka Aro