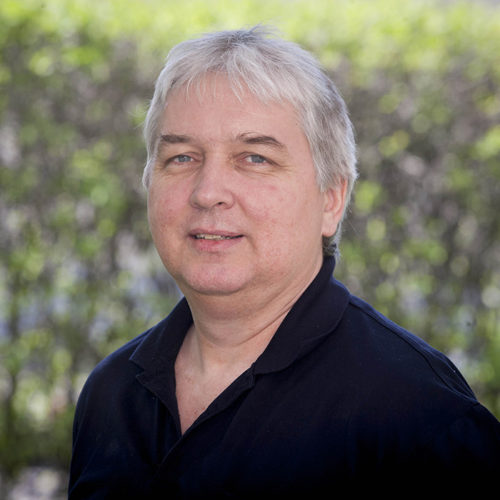 Professor Björn Lundell (Ph.D. from the University of Exeter in 2001) has been a staff member and researcher at the University of Skövde since 1984. He leads the Software Systems Research Group and his research is reported in over 100 publications in a variety of international journals and conferences.

Over several decades, he has established and been instrumental in extensive collaborations with colleagues, companies, public sector organisations, and a number of individuals in the broader open source communities. He has been active in a number of international and national research projects which have lead to significant scientific and societal impact. Professor Lundell has been an expert advisor and contributed to national guidelines and policies (Sweden, UK and EU levels) concerning fundamental challenges related to use of ICT standards in the software domain, and collaborated with national authorities responsible for public procurement and competition issues.

Professor Lundell is a founding fellow of the Open Forum Academy (an independent ‘think-tank’ of internationally recognised experts in the area of openness) and also the founding chair of Open Source Sweden, an industrial association established by Swedish companies that base their business on open standards and open source solutions. He was the organiser of the Fifth International Conference on Open Source Systems (OSS 2009), program co-chair of the Eight and the Twelfth International Conference on Open Source Systems (OSS 2012 & OSS 2016), and is general co-chair of the 15th International Symposium on Open Collaboration (OpenSym 2019).

All Sessions by Björn Lundell